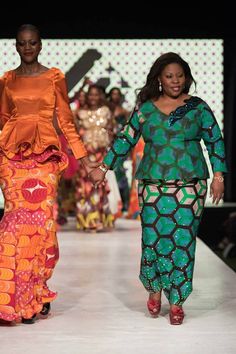 History and world events often create fashion trends. We can not always see it in the lives that we are leading now, in the present; but it is sometimes easier when we look into the past. The 1930’s was a time of frugality known as the Great Depression, a world wide economic downturn that put people out of work and effected every part of their lives. In the United States, nearly one quarter of the population was unemployed. Bank failures caused people to lose their life new austerity must have been a heavy blow for the people who had just lived through the Roaring Twenties, a time of heady spending and extravagance. Women’s fashions made a big change when the economy went south. The exotic frippery of the Jazz Age soon disappeared to be replaced by more simple styles of dress. Waistlines rose and hems fell, as they often do in bad economic times. While a sleek elegance gained popularity, it was a much more subdued look, classic and understated after the exaggerated styles of the 1920’s. Hollywood offered women a glimpse of glamor, but even the luxurious Hollywood styles had a quieter tone. Gone were the short skirts, long necklaces, and feathers of the 20’s. Evening gowns of the Great Depression hugged the hips and widened at the hem, creating an elegant and graceful silhouette. By the end of the 1930’s, Adolph Hitler had risen to power in Germany. This worldwide threat, along with the ensuing war had an effect on fashion trends of the 1940’s. As nations were invaded, or went off to war, supplies and materials that went into the creation of clothing fell short. When Germany invaded France, Paris lost its influence over the world of fashion. People in the Allied countries saw the fashion designers of Paris as working in cooperation with the Nazis. The governments of both Britain and the United States placed restrictions on the production of clothing as cloth and other items needed for garment manufacture were needed by the military. Due to fabric rationing, dress and skirt hemlines rose. Buttons were used for functional purposes only, and lapels narrowed. Women who had lived through the austerity of the Great Depression made jackets and coats out of old blankets, remade dresses, and generally ‘made do’ with ‘war wise’ clothing styles. It was not until after World War II ended that clothing styles became more extravagant. When Christian Dior unveiled his ‘New Look’ in 1947, people were shocked at the amount of fabric used to create the long, antebellum style skirts and wide brimmed hats.