Are Fashion Trends for Men Becoming Too Feminine? 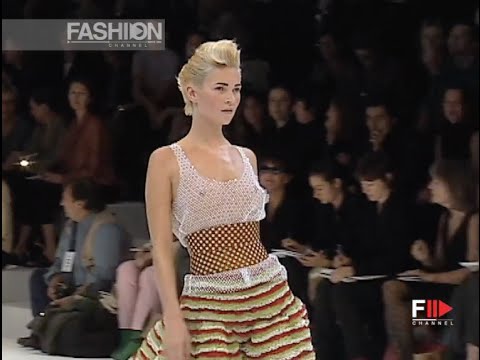 Nowadays more and more men are experimenting with fashion and other things that stereotypically belonged exclusively in the ladies’ domain. And what are these men’s reasons for treading that thin gray line or even crossing it? They just want to look good. Well, why not? It works! One of the most recent fashion trends for men are the skinny jeans and shorts. We see men wearing skin-tight jeans, paired them with pointed shoes or cowboy boots. Now while the shorts version of this trend isn’t as snug fitting as the jeans, those shorts are still pretty tight. So are the skinny jeans and shorts and other men’s fashion trends getting too soft for “real men”? Should men’s fashions go back to looking “manlier”? Or is it even correct to brand these styles as feminine at all? Time-line of ‘feminine’ male fashion The fact is, men have been dressing like women for years, and nobody but parents ever seemed to be bothered by it. The 1960s saw a revolution in fashion that tried to steer away from the conservative look of the 1950s. Brands such as Max Mara brought the Italian look to its heyday during this era, and most men wore narrow lapels, narrow trousers, and a skinny necktie. The sleek designs and tight fit of the clothes following this Italian fashion already held a hint of femininity even back then because, stereotypically, it is women’s clothes that follow sleek and sexy designs. The 1970s saw young men sporting ultra-tight pants that suddenly opened up at the ankles-the bell bottoms, or flared trousers. Bell bottoms started to become a fad during the late 1960s and crossed over to the 1970s, when disco fever was such a hit. The problem with bell bottoms is that these pants were too tight to let one carry a wallet in one’s pocket. So the fashion industry came up with men’s handbags. Men’s handbags were medium-sized leather pouches that sometimes resembled women’s purses, and these were what most men brought along with them so they could stash their wallets, keys, and anything else that used to lodge in the pockets of their looser pants. Most of us never thought that a time would come when men would buy a purse and carry it with him out in the open for the whole world to see, but that’s exactly what happened during the disco era of the 1970s. In the 1980s, fashion did another turnaround, and men who have worn dark and cool colors for generations began putting on clothes with very vibrant hues. Neon was the fad during the 1980s, and most clothes had neon designs. A lot of men also wore blazers with padded shoulders, skinny ties, and different colors patched together in one crazy outfit. The 1990s were a bit different from the previous eras. The “in” thing was for both men and women to wear plaid shirts, cardigans, large shoes (such as Doc Martens boots), and have unkempt hair. During this grunge era men looked more like men than any other time, and women at this period looked pretty much like men too. But this fashion era was short lived. The year 2000 in the fashion industry was an amalgamation of different styles and tastes. Fashion icon Donna Karan has perfected the skinny tie; she also designs animal-patterned fur coats for men. Some designers have found inspiration in the fashion trends of the 1980s, while others are reviving 1970s fashion. Metrosexuality Then, too, came the concept of metrosexuality. The term “metrosexual” first came out in 1994 but was popularized eight years later, as David Beckham’s star was rising. Beckham liked to pamper himself a little bit more than the average dude with regard to physical appearance. He wore stylish clothes and admitted to using lotions, exfoliating creams, and other expensive stuff to make himself look good. No straight guy before him had ever gone so public with their “beauty rituals” for fear of being ridiculed or being labeled as someone girly. But here is a professional athlete who is married to one of the most beautiful women in the world and who probably uses quite as much lotion and toner and conditioner as she does. So are fashion trends for men becoming too feminine? Perhaps they have always been a little feminine, if one were to stick to stereotypes. But feminine or not, men’s fashions are looking good, and they’re looking good on men. So feminine they may be, but not too feminine. They’re masculine enough when they look good on men. They’re masculine enough when men look good in them! This article was supplied by: . Please visit our store for the latest Luxury Silk Ties.

See also  Plus Size Women Can Look Trendy Too!